So, better late than never, right? Here, finally is the hand-out from my YALC ‘Develop Your Writing Voice’ workshop. Thank you so much to everyone who was there on the day and made the chaos so much fun! (Disclaimer: ‘cover’ image of the YALC authors by Rowan Spray.)

Developing a unique writing voice is not about trying to be different. It’s about recognising how you’re already different and unique, then harnessing that.

That was the core message of the workshop: it’s at the heart of discovering and developing your voice as a writer.

But what is voice? There’s no accepted definition, partly because it’s a somewhat woolly concept, but also because it’s so hard to pin down in theory – it’s much easier to identify aspects of a specific writer’s voice in practice. But that’s not how to discover your own.

Cris Freese, in Writer’s Digest, says that voice is “not only a unique way of putting words together, but a unique sensibility, a distinctive way of looking at the world, an outlook that enriches an author’s oeuvre.”

When planning the workshop, I asked what people on Twitter thought I should cover. KM Lockwood suggested I should also discuss what voice *isn’t*, which is a really good way to go about firming up the whole concept.

Voice isn’t about book-specific stuff, current trends, or aping another writer. It’s the writer behind the text.

At the start of creative writing courses, some students think that being ‘unique’ means doing the opposite of what everyone else seems to be doing. But that’s not unique: that’s just contradictory.

Doing the opposite means you’re thinking inside a box someone else has built. Build your own box – and remember that it doesn’t have to be square.

And remember that just because developing your voice is about tapping into your own uniqueness, that doesn’t mean you can’t work on it. It isn’t something you’ve either ‘got’ or ‘lack’. Some people are naturals at tapping into their voice. Other people need to make more of a conscious effort. But training yourself to tap in more efficiently is always going to be good.

You can’t control your level of innate talent, only the amount of work you put into developing it.

So where do you start? With technique. When everything else in your creative toolbox lets you down, technique will help you get back on track. It’s like spells and runes: the method rather than the magic, but no less vital for it.

PD James says “Learn to write by doing it. Read widely and wisely. Increase your word power. Find your own individual voice through practicing constantly. Go through the world with your eyes and ears open and learn to express that experience in words.”

I start with aesthetics. It’s a fancy but useful word that can be used to mean a person’s ‘understanding of beauty’. But beauty in the sense of Art, which can be hideous at one level but so powerful it is fascinating to the point of beauty.

So forget ‘prettiness’, what do you find beautiful? What is lovely to you in an emotional sense? Figuring this out will help you figure out what to put into your work… and what to leave out. 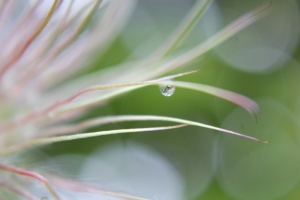 EXCERISE: Find things that are beautiful and try to capture them in photos. Critique your work. Have you really captured what you intended in the picture? Can you capture it in a picture? How could you capture it in words? If you can’t, why not? What are you trying to say and why?

In the workshop I talked a bit about how my aesthetics play out in The Bone Dragon. I focused on the importance of subtext. What do I put in? Just enough for people to see what questions I’m trying to ask. Just enough to follow the story. What do I leave out? Anything that dictates the reader’s response at a moral or emotional level.

Voice is not just about the sentence-level stuff or the type of words you use. It’s about all the choices you make as a writer. Most of all, it’s about drawing those choices together so that the small choices and the big choices all work together.

EXCERISE: Re-take a photo from the exercise above that didn’t come out right, thinking about why it wasn’t right – why it didn’t capture your aesthetic properly. Keep going until you’re happy. Why are you happy? Now try to take a photo of something else and see if you can get the perfect shot in fewer tries.

One of the best pieces of writing advice I ever read was ‘write the book only you can write’. This applies at multiple levels.

EXCERISE: Which picture would you choose to write from? Why? What does that say about your aesthetic?

Neil Gaiman says, “Tell your story. Don’t try and tell the stories that other people can tell. Any starting writer starts out with other people’s voices. But as quickly as you can start telling the stories that only you can tell, because there will always be better writers than you and there will always be smarter writers than you, but you are the only you.”

In other words, read and write as much as possible, but do it thinking about your reading and writing aesthetics. The goal is to refine not just your understanding of your aesthetic, but your ability to capture it in words or images.